What is Online QR Code Generator?

QR Code Generator is a free online tool for generating QR codes. QR Code stands for "Quick Response Code". QR Code is actually a 2-Dimentional barcode first used in 1994 originated from Japanese autumotive industry. Its popularity within other barcode types is its high capacity for storing data. You can store any text-type data in QR Codes, but it is generally used for storing links recently.

Although there are many usage areas of QR Codes, it is mostly used for giving links to websites and mobile applications on Google Play and Apple Store. Other than that, you can use them to create vCard's (Contact Cards on Mobile), sending e-mails, making or getting payment etc.

QR Codes can be scanned by smartphones either natively or by using 3rd party apps. You can search mobile markets if you need a QR Code Scanner.

QR Codes are formed from a white background and black squares. Longer the text, higher the number of squares. The squares become smaller and smaller if the text become longer. Here is a sample QR Code. 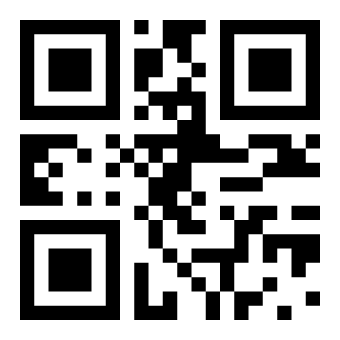 How to use Online QR Code Generator?

You can generate QR code by following these steps.